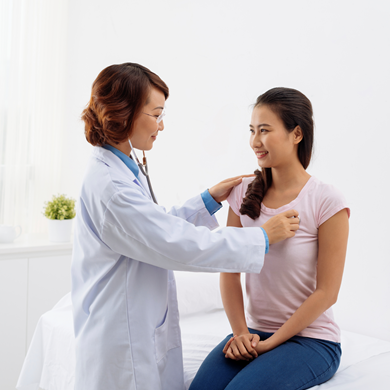 Today, cervical cancer prevention is the focus of many ad campaigns, with an emphasis on protecting young girls from this disease.

How common is Cervical Cancer?

What is the best way to protect against Cervical Cancer?

Women who don’t get routine Pap testing are at the greatest risk for developing cervical cancer.

90% of women who die from cervical cancer live in developing countries where they do not have access to regular Pap screening.

In the United States, the death rate from cervical cancer dropped by 74% from 1955 to 1992, before there were any vaccinations available to prevent HPV, due to the availability of Pap testing. An unvaccinated girl’s overall risk of developing cervical cancer is less than 0.00002%, if she gets regular Pap smears.

“If we get the vaccine and continue Pap screening, we will not lower the rate of cervical cancer in the U.S.”
Diane Harper, one of the leading researchers who developed a vaccine against HPV

The American Cancer Society says: “…HPV does not completely explain what causes cervical cancer. Most women with HPV don’t get cervical cancer, and certain other risk factors, like smoking and HIV infection, influence which women exposed to HPV are more likely to develop cervical cancer.”

Is vaccination an effective defense against Cervical Cancer?

Much of the recent focus on preventing cervical cancer involves vaccinating against HPV.

There are over 100 different types of HPV. Vaccination can only prevent infection with up to nine strains of this virus. Several other types can also cause cervical cancer, and may be more virulent. Merck’s licensing data showed that women vaccinated with their HPV vaccine, Gardasil, developed more cervical lesions by these other HPV types than did the women injected with placebos.

The HPV types not covered by the vaccine were quick to replace and increase the disease burden in those women receiving the vaccine.

Preventing cervical cancer by eliminating HPV cannot be effective unless all disease-causing HPV types are eliminated.

Current formulations of the vaccine provide protection against two, four, or nine HPV types, but increase infection by other HPV types.

Licensing trials by both Merck and GlaxoSmithKline showed that women with prior HPV infection, who subsequently received the vaccine, developed more cervical lesions than women who were injected with placebos.

This information prompted the FDA to require follow up studies, but that research is not due until 2018.

Only young girls, presumed to be HPV-naive due to a lack of sexual activity, are recommended to receive the vaccine. Blood tests to determine and/or confirm the HPV status of the vaccine recipient are not routinely performed prior to administration of the vaccine.

This may be a glaring oversight. Since HPV vaccination causes cancer in HPV-positive women, all women should test negative for HPV before they are allowed to receive the HPV vaccine. 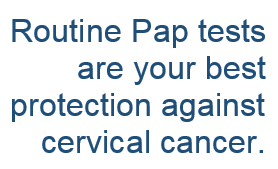 Their status should be confirmed, not assumed. Sexual contact is not the only means of HPV transmission. Studies show that HPV can be transmitted vertically from mother to infant. Other modes of transmission include horizontal transmission by skin-to-skin contact, autoinoculation, and indirect transmission.

HPV infections are much more common among young, asymptomatic women than had been previously suspected.

A May 2006 FDA Vaccines and Related Biological Products Advisory Committee (VRBPAC) document shows that if a girl or young woman is previously exposed to HPV and then is vaccinated with Gardasil, her chances of getting precancerous cervical lesions increase by 44.6%.

Girls who are not sexually active can have HPV, and vaccinating a girl who has HPV with an HPV vaccine does increase her chances of getting cancer, so vaccinating 11 and 12 year old girls may not be as safe as the vaccine manufacturers lead the public to believe.

How does lifestyle relate to Cervical Cancer?

Managing risk factors, such as smoking, stress, and poor nutrition are important steps in preventing HPV infection from turning into cervical cancer.
The article, “DNA damage from micronutrient deficiencies is likely to be a major cause of cancer,” states:

“A deficiency of any of the micronutrients: folic acid, Vitamin B12, Vitamin B6, niacin, Vitamin C, Vitamin E, iron, or zinc, mimics radiation in damaging DNA by causing single- and double-strand breaks, oxidative lesions, or both. Remedying micronutrient deficiencies should lead to a major improvement in health and an increase in longevity at low cost.”

Supplementing your diet with a multivitamin could help to keep your cells from becoming damaged.

Other studies have suggested that chronic stress can also elevate cancer risk. A study titled, “Stress, depression, the immune system, and cancer,” published in the Lancet stated:

Women under constant stress have depressed immune systems, which could allow the HPV infection to persist and eventually lead to cancer.

“When someone smokes, they and those around them are exposed to many cancer-causing chemicals that affect organs other than the lungs… Women who smoke are about twice as likely as non-smokers to get cervical cancer. Tobacco by-products have been found in the cervical mucus of women who smoke. Researchers believe that these substances damage the DNA of cervix cells and may contribute to the development of cervical cancer. Smoking also makes the immune system less effective in fighting HPV infections.”

Non-smokers who have HPV have half the risk of getting cervical cancer.

What other risks are involved with the HPV vaccination?

Because Gardasil was ‘fast-tracked’ into use, it was only clinically tested for four years. Dr. Diane Harper, a leading developer of the HPV vaccine, stated,

“It is silly to mandate vaccination of 11 to 12 year old girls. There also is not enough evidence gathered on side effects to know that safety is not an issue.”

Some girls and young women who received this vaccine are now reporting abnormal pap smears, cervical dysplasia, and even cervical cancer.

According to the September 2008 FDA Closing Statement on Gardasil, 73.3% of the participants in the Gardasil clinical trials developed new medical conditions.

How do I find out who wrote this article and when it was published?

Thank you for your response. This article was published on December 2014 by one of our FFH team members.

HPV advertisement “What will you say?”A lot of parents are offended by the accusatory tone of this ad. Children accusing their parents of not loving and protecting them. Very poor taste.