GMOs, or Genetically Modified Organisms, can pertain to many types of organisms, even animals like dogs, that are bred for size and color, or plants such as hybrid trees or flowers –basically, any living thing that has been changed into something genetically different than if it had been left to its own evolutionary devices. 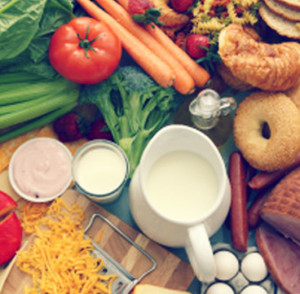 Today, when we think of GMOs, most think of food crops like tomatoes and corn. This is where the modern debate is taking place.
The breeding of plants to create foods that are bigger, more colorful, and heartier against disease and pests, has been happening for thousands of years. So what’s the big deal?

In the past half century, scientists have gained the ability to speed up the breeding process by changing a plant’s genetic makeup. These genetically modified organisms, or GMOs, would never have been created naturally, as specific genes are replaced –many times even from alternate species. The ability to rapidly alter plants to make them more disease, pest, and drought resistant is good for farmers who, consequently, will be able to produce more food.

Originally, humans began modifying wild plants by finding the best aspect of a plant, and cross pollinating it to promote that desirable trait. For example, berry bushes would be cross pollinated to created bigger, juicier berries, or corn species would be manipulated to be less affected by drought.

Scientists today are going beyond these modifications, and creating crops that can actually produce their own chemicals to kill insects, or to tolerate the application of certain pesticides.

Outwardly, GMOs do not seem dangerous, but instead may appear beneficial. However, concerns about GMOs arise out of the ethical considerations that these types of crops are raising. Lack of safety testing, and the effect GMOs are having on farming practices, our environment, and health are among the many questions being raised.

[…] most widely used herbicide in the USA and is a known carcinogen. Genetically modified organisms (GMOs) namely most of our plant food, are created “Roundup Ready” so they can withstand the toxic […]

[…] cycles that are accelerated by the use of antibiotics and growth hormones. They are fed a diet of GMO grain and prior to point of sale they receive feed mixed with cement dust so they weigh more at […]