For over 30 years, the low fat diet campaign has been heavily promoted to consumers, despite the lack of evidence supporting its claim of reducing chronic health issues. The debate continues to confuse many, as recent studies unveil new information on how some fats are actually healthy. How did we become so confused about fats in the first place?

The misinformation on fat was first derived from a study that was conducted in 1956 by Dr. Ancel Keys. The Seven Countries Study earned its title from Keys’ careful selection of only 7 of the total 22 countries that were surveyed. Those seven countries supported his theory that fat (specifically saturated fat) was directly correlated with heart disease and shortened life expectancy. This study was flawed primarily because it didn’t consider sugar consumption, smoking rates, levels of physical activity, or most importantly, the data of the 15 other countries surveyed.

This study, designed and funded by U.S. government, left such a ripple in the health community that doctors began adamantly urging their patients to cut fat out of their diets. Fat was unanimously deemed as being a detriment to our health. Consumer messaging sent out warnings that fat-laden foods would cause breast cancer, diabetes, colon cancer and coronary heart disease. 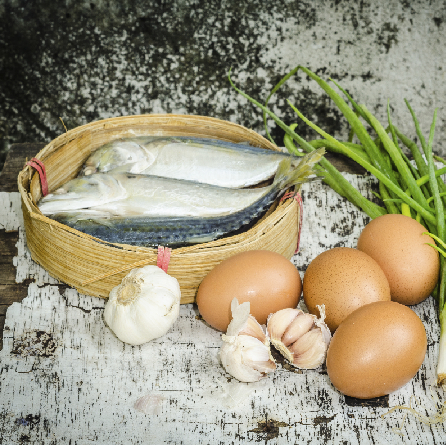 Market messaging took our minds off calories, and instead, focused on products with reduced fat content. Manufacturers substituted saturated animal fats with vegetable fats and sugars, keeping the calorie content at the same level. The campaign to reduce fat consumption in America had some unintended consequences, as consumers increased their uptake in carbohydrates in the form of refined starches and sugar products. Simultaneously, the rates of chronic illness, including heart disease, diabetes, breast cancer, and obesity, soared to new heights.

This issue is all too similar to many other health issues of our time, as the organizations that supplied much of the evidence pushing for fat-free diets are supported in part by the food industry, prejudiced by conflicts of interest. The Department of Agriculture’s guidelines for nutrition influences food labeling, school lunches, food stamps and the research that is conducted through the National Institute of Health (NIH). That evidence, often based on short-term studies, has shaped U.S. Dietary Guidelines for decades.

The problem is: They were wrong.

Whether or not industry intentionally misled consumers is essentially irrelevant. The consequences are the same. Americans changed their habits based on faulty science supported by government funding, possibly resulting in a negative outcome for those who followed their advice. The example of the ‘fat free diet’ should be a cautionary tale for all of us.

The Focus for Health Foundation is dedicated to ensuring that every individual has access to the information necessary to make optimal health decisions for themselves and their families.

The mission of the Focus for Health Foundation (FFH) is to promote advocacy, education, and research to combat the rise of chronic illness occurring around the world. We support efforts that increase public awareness of the connection between hazardous environmental exposures and the immune system, and address how social determinants of health and inequality within populations creates vulnerability to disease.