Although considered a developing nation, Cuba ranks higher than the US in overall health. When compared against high income countries, Cuba ranks higher than most developed nations in life expectancy at birth and mortality before age 5. The humanitarian-physician, Paul Farmer, quoted a common expression in Cuba: “We live like poor people, but we die like rich people.” This clearly challenges the popular theory that wealth=health.

Cuba’s exclusion from globalization resulted in part from the US embargo which has kept Cuba isolated. In a communist nation whose economy has been stifled by these trade embargos, it is inspiring to see the level of independence and self-sufficiency Cubans have achieved within the agricultural, medical, and biotechnology industries. In fact, when relations with Cuba were somewhat repaired in 2015 under the leadership of Fidel Castro’s younger brother Raul, foreign corporations were eager to pounce on precious lands untouched by chemicals and looked to reap the reward of their medical and pharmaceutical excellence. 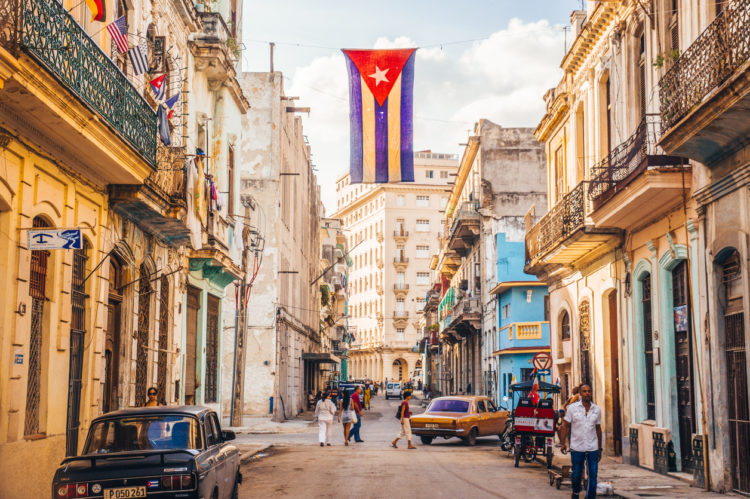 Research on the determinants of health indicates that all high income countries have access to modern healthcare systems. However, the US, having the highest spending per capita, does not have the healthiest population. And if generating wealth is considered to be a prerequisite for improving health, how then has Cuba achieved such great health outcomes? A widely recognized phenomenon, this paradox draws the attention of nations and economists around the world whose philosophies believe that economic growth is a precondition for better health.

Upon the dissolution of the Soviet Union in 1991, Cuba lost a significant trading partner, and was then hit again by the US with an intensified trade embargo. Heavily reliant on soviet oil for both domestic consumption as well as re-export of unused oil, Castro abruptly cut consumption by 20%, taking a major toll on farming, transportation, industrial, and agricultural industries. Cuba suffered extensive losses in farming which was highly modernized with the use of tractors, combines, and harvesters, all requiring oil as well as industry to build them. With industries closing, millions of jobs were lost.

During this “Special Period,” widespread food shortages reduced food consumption by one fifth causing the average Cuban to lose 20 lbs. Cuban’s overall health declined as they suffered from various nutrition related diseases including retinal neuropathy, malnutrition under age 5, and increased infant mortality. To counteract the devastating effects from scarce food supplies, the Cuban government ensured essential food items, such as milk, were offered at significantly subsidized rates. In some regions where food supplies were insufficient, food was rationed to pregnant women, young children, and the elderly.

In an effort to improve self-sufficiency, the government replaced lost jobs with employment in agriculture and other government initiatives. Free land was offered to its people to re-develop its agricultural infrastructure. Interestingly, with the collapse of the Soviet Union, Cuba had no access to chemical pesticides or fertilizers for farming and by default became organic farmers. Soon after, organic farming became mandated. Today, with their land seen as “pure,” Cuba is a magnet for corporations interested in organic products and many American corporations anxiously await the time the US will lift the trade embargo altogether.

Despite the health setbacks, Cuba showed improved health outcomes over the next decade in part from achieving self-sufficiency through active implementation of public policy for health services as well as a focus on non-medical determinants of health (NMDH). With their life expectancy currently equal to the US at 80 yrs. and infant mortality at 4.5 per 100k, Cuba has achieved health outcomes equivalent to the most developed of nations.

So what have they done to change the course of history?

Firstly, they have emphasized the importance of the following non-medical determinants of health:

In an effort to lessen disparity after the revolution of 1959, Cuba adopted a policy of universality and accessibility to healthcare. Essentially, in Cuba, healthcare is a fundamental right. The health system is financed by the government and provides for free preventative medical care, diagnostics, and medications for hospitalized patients. Their well child care program allows children to be seen by a community doctor nearly 20 times in the first year of life. Doctors’ roles are expanded and integrated within Cuban communities as a whole as they are provided with a residential home equipped with a medical clinic and staffed by a nurse to care for their community. Family doctors also provide home based care providing mandatory annual exams that include extensive questioning about jobs, and, social and environmental concerns. Patients are then put into risk categories in order to determine how often they should be seen. Education about healthy eating, smoking cessation and regular exercise is provided by these same physicians.

Overall, Cuba takes a holistic approach to healthcare. Viewed as a vertical system, doctors and nurses live within the communities they treat and link patients to community resources as a mechanism to address the non-medical determinants of health. The social, educational, and nutritional needs are only some of the NMDH the community organizations provide. And they are held accountable to higher level political organizations for the health of their population.

This social intervention is a key component to the overall healthcare system. All of this care is a fundamental right protected by the Cuban constitution and costs just $813 per person annually on health care compared with America’s $9,403.

This vertical health care system requires nearly twice as many primary care physicians per capita. In fact, with a population just bigger than that of New York City, there are more than 400,000 doctors. Essentially, there is one doctor for every 30 people as opposed to one doctor for every 300 persons in the US. This is all made possible as Cuba heavily invested in medical education developing what has been called one of the world’s most advanced medical schools. Cuba teaches not only domestic students but students from around the world. Cuba has the world’s largest physician workforce, making it possible to farm out physicians to developing nations. Castro was quick to send out over 100 physicians and nurses during the Ebola crisis in Sierra Leone.

In addition to a heavy focus on non-medical determinants of health, Cuba is recognized for its excellence in medical health and biomedical science. Along with advanced medical education, Cuba’s robust biotech and pharmaceutical industry has made extraordinary gains in drug development. One major medical innovation developed by Cuban scientists is the diabetes drug Herberprot-P which prevents the need for amputation. Recently, clinical trials on a Cuban lung cancer vaccine have begun here in the US. In partnership between Cuban scientists and Roswell Park Cancer Institute, the lung cancer vaccine, CimaVax is showing promise not only as a treatment for cancer but also as a preventive cancer vaccine. In 2006, Cuba introduced their own manufactured pentavalent vaccine including DTwP, HepB and Hib. Notably, when Cuba was faced with a shortage of imported DTwP vaccines, they began manufacturing all of their vaccines with the exception of MMR, OPV, and BCG (Bacille Calmette-Guerin for TB). Today, Cuba manufactures 8 of its 11 vaccines protecting against 13 diseases and maintains some of the world’s lowest rates of vaccine preventable infectious disease as well as the highest vaccine compliance rates. 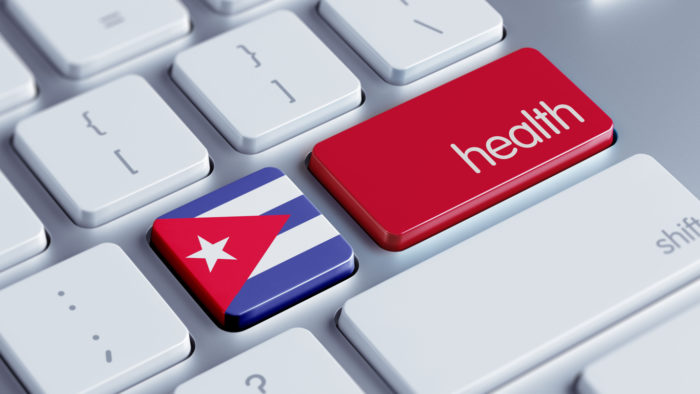 Today, Cuba is considered to be an upper-middle-income country with a GNI of $6570 per capita. With a population of 11 million people, Cuba’s standard population health levels are well above Latin American countries with similar economies. Individuals over age 60 make up about 19% of the total population and, according to projections, are expected to reach as high as 29% by 2030. Cuba’s life expectancy is nearly 80 years with leading causes of death being heart disease, malignant neoplasms, and cerebrovascular disease. Cancer rates are said to be on the rise however, with breast and cervical cancer rates exceeding lung cancer rates. Interestingly, autism rates in Cuba appear to be significantly lower than global best-estimates at 1 in 100. Current autism rates are said to be 1 in 2500, although the Cuban health ministry believes this may be an under estimate as cases may have been missed because of flawed reporting methods. The Ministerio de Salud Publica (MINSAP), a health ministry, has recruited Autism Speaks to assist with conducting a new study to determine a more accurate and reliable estimate of autism prevalence to better plan for the delivery of autism services.

With primary care and preventative care being mandatory in Cuba, this developing nation has achieved health outcomes greater than most developed nations, including the US, at about one-tenth the cost. Although Cuba’s healthcare policies may not be suitable for US citizens as healthcare mandates are frowned upon, active implementation of public policy and a heavy emphasis on non-medical determinants of health, like nutrition, as well as patient education and low doctor to patient ratio, have certainly contributed to Cuba’s successful health outcomes.

With 50% of government spending dedicated to health, education, and social protection programs, perhaps there is something we can learn from Cuba to improve the overall health of our nation.

This is indeed an excellent article. Cuba seems to be the example that of a communist state that was not destroyed by external forces or by itself. It would be worth studying as an organisational model at a moment of looming environmental crisis when the systems of globalised capitalism are increasingly being shown to be inadequate to meet the medical, social, psychological and other needs of the majority of people on the planet.