Gastrointestinal disorders are often overlooked by parents and professionals because of communication impairments and may lead to aggressive and self-injurious behaviors.

Although scientists have not uncovered the link between gastrointestinal disorders and autism, studies show that 70% of children with ASD have some type of gastrointestinal disorder which can include GERD (gastroesophageal reflux disease), gastritis, and other motility issues. Yet, many parents and professionals are missing the warning signs, causing individuals to go underdiagnosed and untreated, which can lead to chronic pain and behavioral manifestations such as self-injurious and aggressive behaviors. Ultimately, learning outcomes decline as school and therapy are frequently missed because of GI pain and discomfort or the secondary behavioral issues which frequently lead to physical restraints to assure safety. 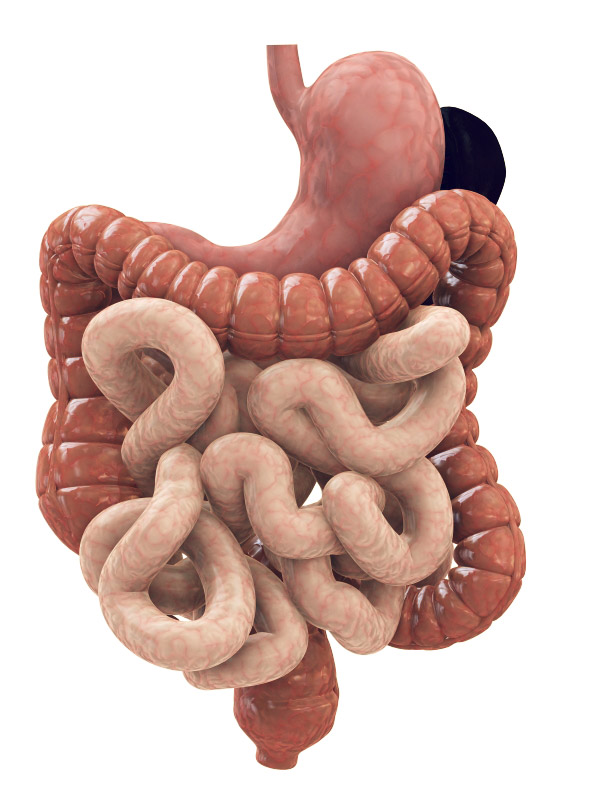 A healthy digestive tract is imperative for the immune system to do its job and act as a barrier against microbes. Studies show that children with ASD have a higher rate of immune dysregulation and inflammation. In addition, GI complications from medication side effects are often overlooked. Parents frequently have trouble recognizing GI symptoms in infants and children with ASD because of the inability to communicate.

According to renowned pediatric gastroenterologist, Dr. Timothy Buie at Massachusetts General Hospital, some behavioral signs of GI discomfort in ASD include:

A gastroenterologist can diagnose these GI disorders using various procedures which can include endoscopy, colonoscopy, fecal occult stool tests and sometimes pill cam studies. Treatments can range from elimination diets or nutritional modifications to medications that will relieve symptoms. Sometimes fecal transplants are performed for extreme cases such as c-diff (clostridium difficile) with a high success rate, but this is still considered to be experimental. Behavioral intervention is sometimes needed to address constipation issues if the individual has withholding issues, but only after painful bowel movements have subsided.

Common behaviors that can be warning signs for GI trouble, such as applying pressure on abdomen, leaning over furniture to press on belly, and hitting sides, chest or chin, are often misinterpreted as self-injurious behaviors, when actually, they are an indication of GI pain or reflux. Talk to your pediatrician about symptoms, however, if GI symptoms persist, ask for a referral to a gastroenterologist who specializes in ASD. Consulting with a behaviorist may be helpful to address the behavioral issues once the underlying medical issues are addressed.

In this article, we discuss these commonly occurring GI issues, their symptoms and how they may present themselves in an individual with ASD.

Scroll down or click an option below to skip ahead

Check out other red flags of autism. . .

Gastroesophageal Reflux Disease is a chronic digestive disease that occurs when food contents or stomach acid back flow from the stomach into the esophagus because of laxity in the esophageal sphincter. This acid irritates the lining of the esophagus which can cause physical damage to the esophagus.

Heartburn, a classic symptom of GERD, can feel like pain in the chest and often be mistaken for a heart attack in neuro-typical adults. In infants, reflux is common, but it’s important to note that it does not have to be “seen” (as spit up) to be present. Therefore, the symptoms can be easily be missed.

Infants and individuals with ASD who have communication impairments may not be able to verbally express their discomfort. Chronic pain can also affect pain receptors and therefore we can’t count on them “touching” where it hurts. Often times, pain is expressed through behaviors.

GI doctors rely on individuals to report their symptoms. Diagnostics including endoscopies can be used to look for structural damage and to diagnose GERD if the symptoms are not obvious.

Reflux is typically treated using over the counter (OTC) medications such as antacids. Some gastroenterologists will recommend a trial of OTC meds as a pseudo-diagnostic tool. If conditions improve with OTC medications, then reflux is likely the problem. However, due to metabolic differences, sometimes it may take more than the recommended dose of these meds to get a therapeutic effect and in these cases, a specialist should be consulted. Many parents treat their children with OTC medications with dosages that are not high enough to have a therapeutic effect and therefore they assume reflux is not the problem. It is important to consult with a GI doctor experienced in ASD who can prescribe accordingly.

Constipation that lasts longer than two weeks is considered to be a chronic condition. Although many parents are not alarmed by constipation, it has a potential to lead to serious problems. Constipation is typically characterized by infrequent bowel evacuations, large stools, and difficult or painful evacuation. It can lead to withholding behaviors, fecal impaction, soiling, fissures and a host of other health issues. Constipations can occur from numerous issues including lack of fiber in the diet, especially in picky eaters who do not have balanced diets. 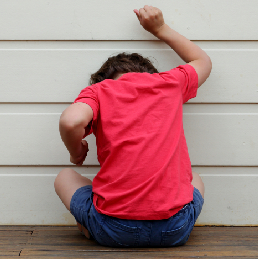 Individuals with ASD who have limited diets tend to prefer starchy, processed foods which are not rich in fiber. In some cases, these starchy foods are preferred to help relieve the discomfort of reflux.

Medication side effects, physical problems such as motility issues, and sometimes behavioral issues regarding toileting can also lead to constipation. Stool-withholding behaviors are common in ASD because passing hard stools can be painful. Many parents report staining in their child’s undergarments which can be caused by a build-up of stool resulting in stool leakage. Children with ASD commonly have “accidents” as a result of withholding behaviors making it difficult to teach age appropriate toileting skills.

Chronic Diarrhea lasts for two weeks or more. There are numerous causes including food allergies or intolerances to lactose, gluten, Celiac disease, inflammatory bowel disease or Crohn’s disease. Diarrhea or loose stools can be caused by side effects of medications, but can also be caused by constipation as the bowels leak stool.

Eosinophilic Gastrointestinal Disorders are rare chronic digestive system disorders caused by a build-up of eosinophils, or white blood cells that help fight disease. They are generally believed to be caused by allergens, food proteins, or acid reflux.

Gut Dysbiosis is an imbalance of good and bad bacteria that can lead to nutrient deficiency, cellular toxicities, and immune dysregulation. A balance within these colonies of microorganisms is essential for helping with food digestion, brain function, energy production and detoxification. When the bad bacteria outnumber the good bacteria, immune dysregulation occurs.

Gut dysbiosis and immune dysregulation can also lead to mitochondrial disorder which effects energy production at the cellular level. When an imbalance in this complex ecosystem occurs, the digestion process is effected and symptoms such as gas, diarrhea, constipation, and undigested food in the stool can emerge. A broader range of symptoms are possible, including depression, hormonal imbalances and “leaky gut.”

Functional medicine practitioners refer to leaky gut as a group of GI symptoms related to permeability of the gut. The intestines have a filtering process that allows nutrients to be absorbed. This filtering process is interrupted when tight junctions meant to prevent toxins from entering the blood stream are broken. As in Crohn’s and Celiac disease, molecules leak out through the lining of the intestinal walls. It is believed that if an individual has leaky gut, then toxins, microbes and food particles can leak out through the intestinal walls and enter the blood stream. When the immune system attacks these foreign substances it releases the cytokines and antibodies that cause inflammation throughout the body, including the brain, and then symptoms occur.

Leaky gut syndrome has a wide range of symptoms from the inflammation in the body that can include intestinal and skin issues, as well a range of mental health issues such as anxiety, depression, mood disorders, and ADHD.

Clostridium difficile (c-diff) bacterium is found throughout our environment and can be present in a healthy individual without the occurrence of infection. Bacterium C-difficile infections occur when there are not enough good bacteria in the gut, allowing this bacterium an opportunity to grow. C-diff is spore forming bacteria which produces toxins that destroy cells and cause symptoms ranging from abdominal cramping and frequent watery diarrhea to life-threatening inflammation of the colon. Dehydration, loss of appetite and weight loss are among a long list of additional symptoms. This infection is most common in those who are treated with antibiotics and the elderly who are hospitalized or living in long term care facilities. Recently, however, the high risk profile has changed, and studies are showing C-diff is causing illness in younger populations who have not had a history of antibiotic use or exposure to healthcare facilities.

Helicobacter Pylori (H-Pylori) is an infection in the stomach caused by bacteria that typically occurs in children. It is a common cause of peptic ulcers and often times has no symptoms. When symptoms of peptic ulcers occur, a test for H-Pylori may be necessary. These symptoms include nausea, pain in the abdomen, loss of appetite and other GI signs. If confirmed, H-Pylori can be treated with antibiotics.

To shamelessly steal a brilliant retort from Ginger Taylor following an earlier article similar to this:

You probably won’t get that, so let me explain. WE ALREADY KNEW MUCH OF THIS STUFF back in 1998 and shortly thereafter. The first case series study of gastrointestinal disorder associated with autism was done in 1998, and the primary findings of the study have been replicated numerous times. It is now well accepted that autistic children suffer from gastrointestinal issues. However, also included in that study was the observation by parents that the onset of their children’s symptoms was closely associated with receipt of MMR vaccine.

So of course the study had to be retracted, the author dragged over the coals and the science dismissed, setting us back 10 years.

This article keeps the focus on the fact that autism is a biologically based disorder and that behavior is often a result of co occurring medical conditions such as GI issues. These GI issues are still poorly recognized by many parents, educators and medical professionals. You will rarely hear GI issues mentioned by ABA providers or psychologists, even though it is widely documented in the peer reviewed literature for decades. We still have a lot of work to do in getting people to recognize these medical issues.