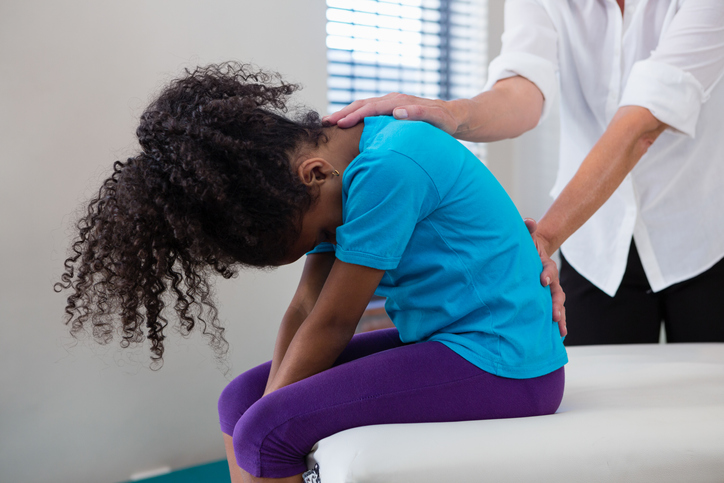 “Chiropractic did not originate to treat pain: it originated to promote health.” — Anonymous

Chiropractic is known around the world. There are chiropractors in over 100 countries and ninety of those countries have national associations. The American Chiropractic Association estimates that the nation’s roughly 77,000 chiropractors care for more than 35 million Americans every year. But there seems to be a disconnect when it comes to the general public’s understanding of how they can help us improve our health. 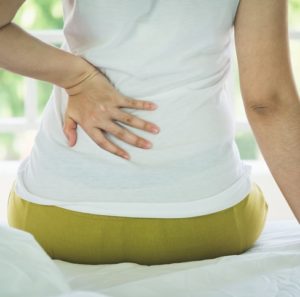 Everyone has a cousin or friend or knows someone who hurt their neck or back and went to a chiropractor to get help. That’s about the extent of interaction the general population has with the profession.

You see chiropractic offices tucked away in strip malls next to laundromats and liquor stores. They are largely invisible, never seen or talked about anywhere.

The sales pitch sounds like a bad marketing campaign from the 1950s — “health and wellness” — carrying with it the same promissory weight as the term “beauty salon.”

The profession has been around for more than 120 years. Sure, if you slip and fall and twist your back, you’ll think about finding a chiropractor. You remember they helped your cousin that one time. What more do you need to know?

And then one day, your son develops a chronic, debilitating cough that won’t go away… 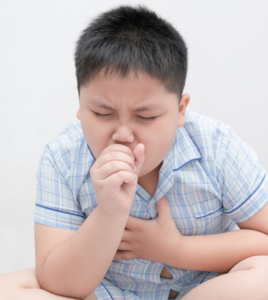 My son, Jarad, developed a cough a few years ago, and my concern heightened as the cough became more frequent. The cough was almost constant and getting worse. We tried many healthful items like cups of tea with honey, a vaporizer, and decongestants, but this did not slow the cough’s trajectory.

We saw many different doctors: ear, nose, and throat specialists; neurologists; an allergist; and a gastroenterologist. None of their prescriptions worked.

We knew it wasn’t postnasal drip, asthma, gastroesophageal reflux, chronic bronchitis, chemical irritation, whooping cough, or a host of other possibilities, but we still didn’t know what it actually was.

The hacking was continual and, at this point, it had been going on for more than 2 years.

I didn’t know how my son’s throat could withstand the irritation of the sometimes very strong coughing. Several of the doctors began suggesting it was in my son’s head — a psychosomatic disorder.

It was time to move away from naysayers and find answers.

“Look well to the spine for the causes of disease.”— Hippocrates

A friend advised me to bring my son to a local chiropractor. The initial intake assessment and exam were remarkably quick. The chiropractor placed Jarad on an upper-leaning adjustment table, grasped his head in his hands, and gently rotated his head in one direction and then the other, with the characteristic cracking noise (the cracking sound you hear is not bone, it’s gas — synovial gas — escaping from the joint) occurring each time. 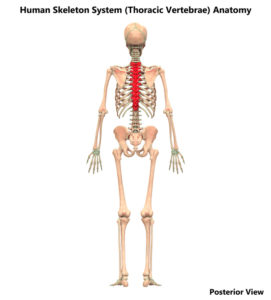 The chiropractor had Jarad turn over and lie on his stomach, feeling along his spine and putting pressure on the T5 vertebrae, in the thoracic area (the upper back.) The head turning along with the popping sound was repeated with both adjustments, and he tolerated the process well. In fewer than 3 minutes, we were done. An hour later, Jarad coughed.

It was the first time in over 2 years he went more than a minute without coughing. Jarad didn’t cough again the rest of the day. After 3 visits, his cough was 90 percent gone!

What had just happened? Why didn’t I know about this sooner?

It brought me back to a time 20 years ago when I was told there was no hope for helping my son’s autism. The “experts” told me to give up and move on, “Autism is now and forever, and there’s nothing you can do to help.”

And so I began to really comprehend, as Journal of Manipulative and Physiological Therapeutics reports, “Proper motion and alignment of the spinal synovial joints is a genetic requirement for health and a lack of proper motion in the spine represents a stressor.”

Health is Not the Absence of Pain

Today, 53 to 54 percent of children suffer from a chronic illness. There is an explosion of neurodevelopmental disorders that include autism, PDD-NOS, OCD, and ADHD. 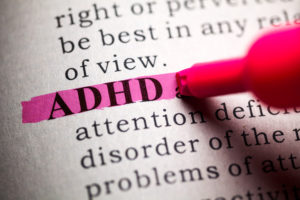 Behaviors exhibited in children diagnosed with ADHD (attention-deficit / hyperactivity disorder), specifically the inability to pay attention and being in constant motion, are manifestations of chronic stress.

An acute injury is very painful and needs immediate attention, but a chronic condition often sneaks up on someone unexpectedly. The joints send stress signals to the brain, and the brain releases stress hormones.

With this type of condition there is no pain, but the body is sick and will continue to send stress signals until all the conditions associated with chronic stress begin to manifest themselves in the body.

When subluxations occur in the spine, these misalignments cause tension in the spinal cord or the nerves exiting from the spine. This causes an interference or imbalance in the nervous system messages to the various organs, tissues, glands, and cells.

This means the brain cannot communicate with the body nor the body with the brain as efficiently or effectively as nature intended, which leads to various dysfunctions and symptoms.

The Havoc of Stress

Understanding the basic stress response of the body provides the building blocks behind the art and science. When a person is placed in a stressful situation, the brain releases stress hormones, such as adrenaline, cortisol, norepinephrine, and others. The heart rate and blood pressure increase to send the hormones everywhere in the body. 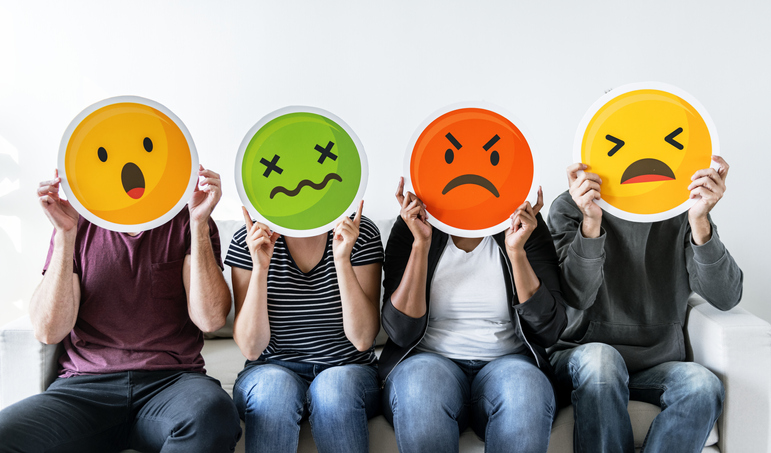 The body enters a state of upregulation, which is the process of increasing the ability to respond to stress. Catabolic processes begin breaking down complex compounds and molecules to release energy. There is an increase of cholesterol, blood-clotting factors, blood sugar, and fatty acids in the blood.

Catabolic activity is metabolically expensive, requiring that anabolic activities (healing, growth, and repair) are put on hold. The immune system is downregulated, which is the process of reducing or suppressing a response to a stimulus. Cell-modulated immunity is decreased. There is a decrease in factual memory and learning capability.

During an acute stress response, the senses of sight, sound smell, touch, and taste are heightened. The body is adapting to the situation and these varied responses are intelligent.

Survival depends on the ability of the body to properly respond to stressful changes in the environment.

The dangers arise when the acute stress response becomes chronic. The decrease in healing; growth; repair; memory; and brain-, organ-, and immune-function, is no longer temporary — it becomes permanent. The increase in cholesterol, blood glucose, fatty acids, and insulin is off the charts.

The increase in insulin downregulates the production of HGH (human growth hormone), the hormone responsible for longevity, anti-aging, healing, growth, and repair. Excessive insulin then prevents the production or proper utilization of magnesium, the mineral which is responsible for relaxing both skeletal and smooth muscles, the arteries, and the heart. 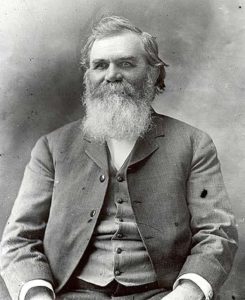 D.D. Palmer, chiropractic’s founder, defines chiropractic as, “a philosophy, science and art of things natural; a system of adjusting the segments of the spinal column by hand only, for the correction of the cause of dis-ease.”

Palmer also said, “Chiropractic is a restorative healthcare profession that focuses on the inherent healing capacity of the body and the fact that the nervous system is the primary system involved in that healing and repair.”

Steve Tullius, a pediatric chiropractor in San Diego stated, “Chiropractors are specifically trained to locate and gently correct these structural imbalances in the spine, known as vertebral subluxations, and by doing so, restoring balance and function to the nervous system.”

Chiropractic and the Immune System

A very important part of keeping our immunity strong is the lymphatic system. It consists of a network of lymph nodes, ducts, and vessels that move the lymph (a fluid made of white blood cells and chyle) from various parts of the body into the bloodstream. The lymph nodes are responsible for making immune cells that help to fight infections.

The better the lymph is able to travel through the body, the more it is able to carry the infection-fighting cells to every part.

Adjustments allow for more movement in the muscles, which increases movement of the lymph. 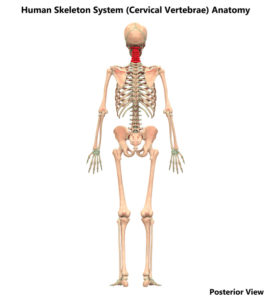 After examining Jarad’s spine and nervous system, Dr. Holland explained that he had found areas in Jarad’s spine that were misaligned — specifically vertebral subluxations at C1 (cervical or neck area) and T5.

Dr. Holland began a series of gentle adjustments to restore normal movement and function to the spine, allowing the body to communicate more effectively. As a result, we saw Jarad’s cough disappear.

The source of the problem were the misalignments which were not allowing Jarad’s lymph glands to operate as they should.

His lymph glands were overflowing, causing Jarad to cough and swallow continuously in an attempt to clear them.

Jarad’s schedule consisted of 2 adjustments a week (generally Monday and Friday), for 6 weeks, during the corrective phase, dropping down to 1 adjustment a week during the support phase, for 6 weeks. Going forward, I plan to take Jarad once a month to help keep him subluxation free.

As a parent, I’m grateful to chiropractic for restoring Jarad’s health, and grateful to the chiropractic doctors who soldier on, rarely being given the recognition they deserve, while routinely performing some of the most extraordinary reversals of health fortunes in the healthcare industry.

Can this help with anxiety & depression?