Drug overdose is the leading cause of accidental death in the U.S., accounting for 47,055 lethal drug overdoses in 2014. The heroin epidemic is destroying young lives and families across our nation and authorities are linking prescription drugs to this heroin crisis. Prescriptions for pain medications or opioids, a class of drugs including the prescription pain relievers oxycodone, hydrocodone, codeine, morphine, fentanyl, and others are regularly prescribed by physicians. The American Society of Addiction Medicine reports that opioid addiction is driving the accidental death epidemic with 18,893 lethal overdoses related to prescription pain relievers, and 10,574 overdose deaths related to heroin in 2014. According to the National Institute on Drug Abuse, nearly half of young people injecting heroin reportedly abused prescription drugs prior to using heroin. 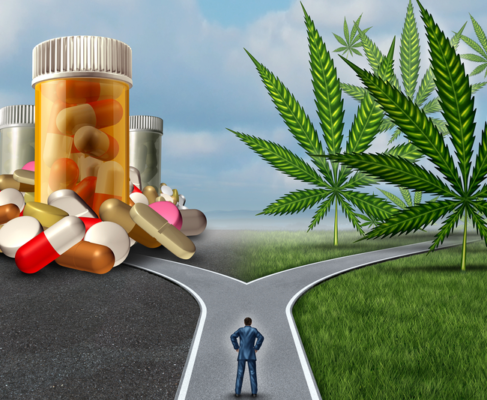 Regularly prescribed by physicians in emergency rooms, opioids are the drug of choice for pain relief, however, after discharge, follow up care is typically provided by primary care doctors with prescriptions refilled at the request of the patient. Prescribing rates for prescription opioids doubled from 1994 to 2007 for adolescents and young adults. While opioids may be prescribed for legitimate pain, and the perception is that prescription medications are safe, drugs such as opioids are highly addictive and often become misused for recreational purposes and sold on the street at a high price.

Several New England states including Maine, Vermont and New Hampshire have seen a sharp rise in drug related deaths. Vermont officials point to opioid abuse as the cause of a 40 percent increase of children in state custody in the past two years. Many adolescents misusing opioids acquire them through friends or relatives, and sometimes resort to stealing prescription opioids to sell them to buy other street drugs, such as heroin, at a much cheaper price. When opioid prescriptions are no longer refilled by physicians, addicts resort to street drugs, often choosing heroin, an illicit drug in the same opioid class. Heroin is cheap compared to the price of opioid pills sold illegally, leading many chronic abusers to choose heroin for a similar euphoric effect. Complicating matters is the drug dealers’ tendency to “cut” the heroin with other drugs to make more to sell. Frequently mixed with drugs like fentanyl, overdoses occur because the user unknowingly takes a lethal dose.

So how can medical marijuana play a role in reducing the heroine crisis?

Since the legalization of medical marijuana in some states, many chronic pain sufferers are reporting that using medical marijuana significantly reduced their dependency on pain killers such as OxyContin, Vicodin and other opioids. Scientific literature also supports the use of cannabis in treating chronic pain, neuropathic pain and other ailments, according to a study in the Journal of the American Medical Association.

Although Marijuana remains classified as a Schedule 1 substance under the Controlled Substance Act, 25 states now have comprehensive medicinal marijuana and cannabis programs. In these states, Medical marijuana may be prescribed for conditions including chronic neuropathic pain, muscle spasticity, nausea, epileptic conditions, life threatening seizures, and others.

Unfortunately, because marijuana remains classified as a Schedule 1 drug, the same category as heroin, funding for medical research on its further potential medicinal properties and uses is limited.

A 2014 study in JAMA reports that states with medical marijuana laws had nearly 25 percent fewer opioid-related overdose deaths than those without. However, authorities have not supported efforts to decriminalize marijuana and many substance abuse experts believe there are already approved medications to treat drug addiction such as, suboxone and methadone. Some research, however, supports marijuana as an excellent treatment for symptoms of withdrawal including nausea, diarrhea, muscle spasms, insomnia and anxiety.

According to the Washington Post, in 2013, of the 17 states with medical marijuana laws, prescriptions for painkillers and other classes of drugs fell sharply. In states with medical marijuana laws, physicians prescribed 265 fewer doses of antidepressants each year, 486 fewer doses of seizure medication, 541 fewer anti-nausea doses, 562 fewer doses of anti-anxiety medication-and 1,826 fewer doses of painkillers in a given year. Policy makers have a unique opportunity to address a national health crisis by implementing policies that address the use of medical marijuana as a treatment for heroin and opiate addiction. While anecdotal data from patients and their physicians is positive in support of medicinal marijuana to treat pain and opioid addiction, until the Schedule 1 classification is changed by policy makers, federally funded research will be limited.