Our bodies are comprised of an exquisite network of communication that, when functioning properly, is able to provide us with a sense of peace and well-being. This messaging system is a relay of signals from the brain, through the nervous system, to every cell in the body. 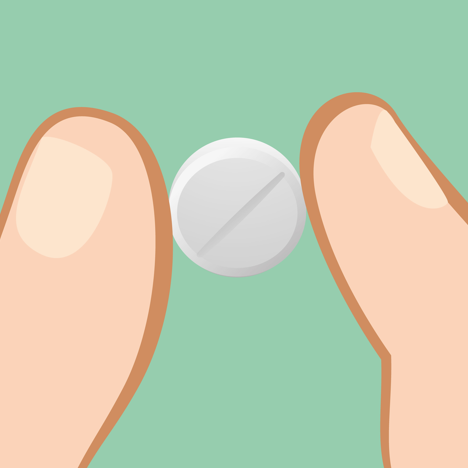 This intricate communication network is known as the neuro-endocrine-immune system, and not only affects our thoughts and emotions, but our physical health as well.

These signals are efficiently relayed by chemical messengers, called hormones. Hormone stimulation is initiated in the brain, and controlled by the endocrine system – a delicate rhythmic system whose foundation lies in circadian rhythms (biological clocks) influencing physical, mental and behavioral changes, roughly following a 24-hour cycle.

The endocrine system is the primary source of the body’s biological clock. External circadian rhythm impulses enter the body through the pineal gland and travel via hormone messengers to every other organ involved. Scientists now understand that circadian rhythm disturbance, or hormone imbalance, can lead to infertility, as well as many other physical ailments.

Birth control then and now

When the birth control pill came on the market in the 1960’s, it was touted as a major medical breakthrough. For the first time in history, women were in control of their reproduction. However, ‘the pill’ has also been called the largest uncontrolled experiment in medical history by some women’s health advocates.

Today, there are many forms of synthetic contraception, and these pharmaceutical products have multiple medical implications. They are used as medications to ‘regulate’ the menstrual cycle, prescribed to reduce acne, and recommended to help control endometriosis.

For decades, the use of birth control pills was generally considered to be risk-free for most women. By 2014, almost 11 million Americans were taking it. Recently, however, more and more doctors and scientists have begun to question the consequences of this practice.

How does birth control affect the endocrine system?

Synthetic hormones include both estrogen and progesterone, and essentially trick the body into thinking it is in a state of pregnancy, thereby suppressing ovulation. Altering endocrine balance may lead to adverse effects in women’s health, including depression, anxiety, migraine headaches, fibromyalgia or even cancer.

Naturally occurring estrogen and progesterone have been proven to contribute to the growth of some types of cancers, and use of birth control pills has the same effect. Research has shown that although endometrial and ovarian cancers may decrease with oral contraception, other cancers – such as breast, cervical, and liver – appear to increase with use of birth control pills.

The fact that the birth control pill may lead to the development of cervical cancer has been known for some time. A woman’s risk may be as much as doubled after taking the pill for five years. That risk, however, drops once the woman discontinues taking the pill.

Breast cancer now kills approximately 40,000 women in the U.S. alone each year. Some researchers have suggested that the increased use of oral contraception is the reason behind the alarming rise of this disease.

Cancer Research recently published a study confirming that evidence shows women on birth control pills have a much greater risk of developing breast cancer. The risk increases for women on a higher dose estrogen pill.

Another study from Denmark showed that women had a higher risk for developing one type of brain cancer (glioma) than those who had never used the pill, and the risk increased the longer women were on it.

A 2012 study led by a Harvard University gastroenterologist has linked long-term use of oral contraception to Crohn’s Disease in women who had a family history of the inflammatory disorder. Earlier animal studies suggest that estrogen does indeed affect the lining of the colon. Crohn’s Disease in women has risen two to three fold in the last 50 years, coinciding with the increased use of birth control pills.

Are implants any safer?

In 2012, the American College of Obstetricians and Gynecologists recommended that the IUD and implants are safe for teen girls who are sexually active. This type of contraception is called LARC’s “Long-Acting Reversible Contraceptives.” ACOG’s guidelines were based on the high failure rate of pill and condom use in this age group.
Many, but not all, types of IUD’s (like Mirena) use synthetic hormones to prevent pregnancy. Synthetic hormones, just like many medications, can deplete the body of vital micronutrients. Over time, women may begin to experience a mental and/or physical shift in their health – called hormone imbalance – which can manifest in many different ways.

Other options for contraception

With the advent of internet and cell phone technology, women in their child bearing years are now exploring healthier alternatives for controlling their fertility. Apps have been created and designed to help improve education and awareness of hormone cycles as a new method for identifying periods of fertility.

Hopefully the shift to understanding one’s body is emerging as a safer alternative not only for reproductive management, but for maternal and infant health as well.

Catch Dr. David Pearlmutter below as he discusses “The Pill” and how it might effect you and your newborn’s microbiome: