Biomedical treatments address issues in system functions including gastrointestinal disorders, immune system dysregulation, metabolic and genetic abnormalities, and nutrition-based disorders affecting brain function and inflammation.  While western medicine is necessary to treat many complex medical comorbidities, biomedical treatments focus more on environmental effects on the body that can also exacerbate the severity of autism symptoms.  They examine both the internal and external environment to identify causes of symptoms which may indicate the presence of underlying illness or disease.

Biomedical treatments for autism aim to address issues that may be influenced by environmental factors which increase vulnerability to disease. Air pollution, endocrine-disrupting chemicals, heavy metals, overuse of antibiotics, junk diets, mercury, pesticides, and other toxins are causing epigenetic changes in our DNA, influencing gene expression and development of neurological and inflammatory diseases. Unfortunately, avoiding air pollution or pesticides in our foods and even avoiding products with mercury may not always be possible.

Researchers who study the epigenome demonstrate that these toxins not only affect our health, but the changes to our DNA increase our children’s susceptibility to diseases not seen in earlier generations. This leaves children vulnerable to all environmental factors even before they are born. Autism is not the only concern, as 50% of all US children have some type of chronic illness. 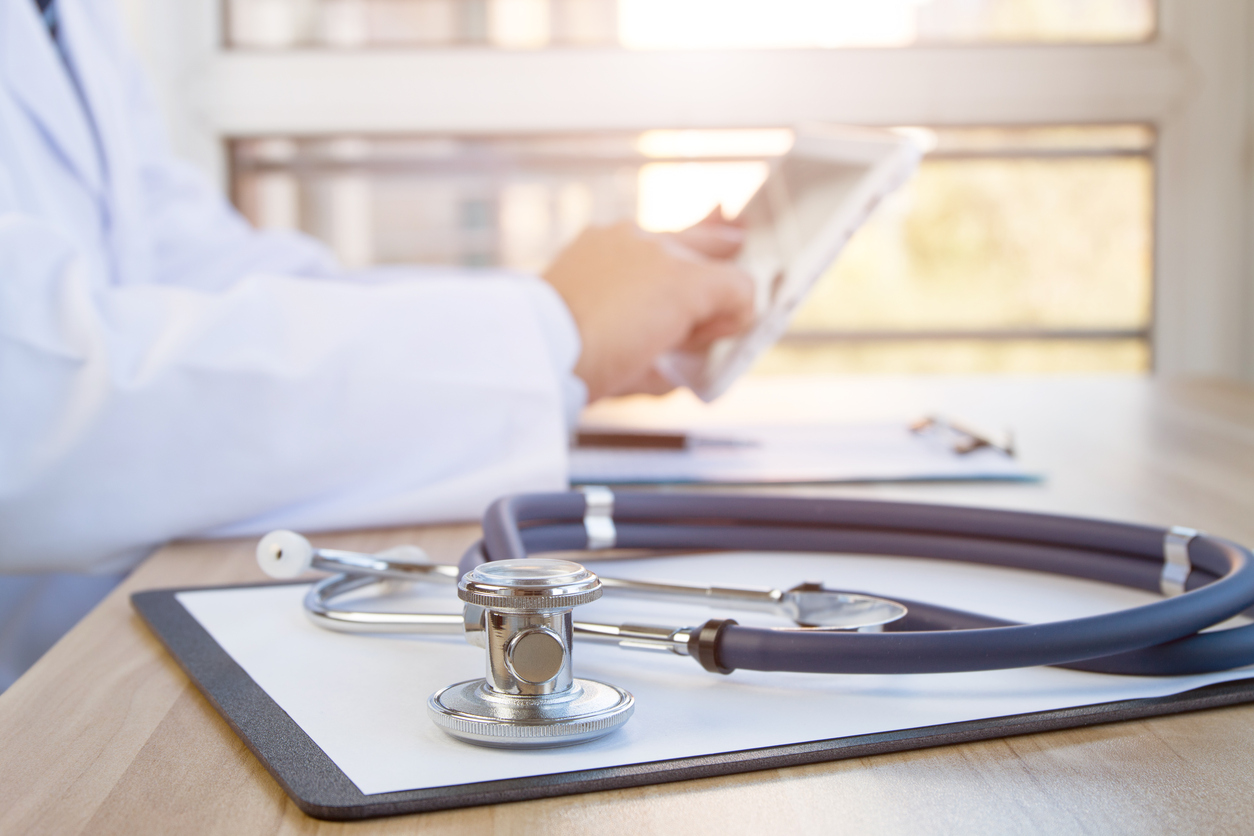 Metabolism is the body’s process of breaking down food into energy sources by using enzymes to transform protein, carbohydrates and fat into a usable form. Mitochondria are the life force within the cells whose primary role is to convert food into energy so organs can do their job.  Metabolic disorders interfere with this process and cause disruptions in body functions. There are several neurometabolic and mitochondrial disorders in which autism is associated. A higher incidence of food allergies and diet restrictions such as gluten free/casein free (GF/CF) diets may also lead to deficiencies in ASD individuals. Sensory processing disorders often associated with ASD can also affect food selection, limiting intake of nutrient dense foods.

Studies show vitamin and mineral deficiencies can have a basis in genetic, behavioral, and environmental causes. Micronutrients are essential for proper neural development. The following key nutrients are essential for bodies to function and are often shown to be deficient in individuals with ASD. Metabolic profiles can be obtained by asking a physician to order appropriate lab work to guide a treatment plan to address any imbalances, either accumulations or deficiencies.

a. Vitamin A: A defect in a retinoid receptor protein (G-alpha protein) may play a role in language processing, attention, and sensory perception. Evidence suggests natural vitamin A fixes this protein defect.

e. Magnesium: Individuals with ASD can have low levels of magnesium, the cofactor for the neurotransmitters that affect social reactions and emotion. Magnesium supplements can also improve the effectiveness of vitamin B6 therapy.

f. Vitamin B6: Conversion of B6 to its active form is compromised in many individuals with ASD; Supplementation trials with B6 resulted in better eye contact, speech, and fewer self-stimulatory behaviors. Some consider using B6 in combination with magnesium to be an effective treatment for autism.

g. Vitamin B12: Low B12 impairs methylation (detoxification) which causes neurological damage that some say is responsible for many autism symptoms. Vitamin B12 raises cysteine and glutathione levels.

i. Vitamin C: Vitamin C improved symptom severity and sensory motor scores in studies with children with ASD possibly due to interaction with dopamine synthesis. Vitamin C and glutathione work cooperatively together to reduce oxidative stress.

j. Omegas 3s: Studies show children with autism have lower levels of omega-3 fatty acids than the general public. Essential fatty acids (EFAs) exist in every cell membrane and are critical for brain development and act as an anti-inflammatory mediator.

k. Cerebral Folate Deficiency: This disorder can include deceleration of head growth, psychomotor retardation, regression, cerebral ataxia, dyskinesias, seizures, and a depletion of cerebrospinal fluid 5-methltetrahydofolate (5-MTHF), the hallmark of cerebral folate deficiency. Oral folate therapy can resolve symptoms of autism in some cases, particularly in those with genes that impair folate dependent enzymes. Individuals with cerebral folate deficiency benefit from a dairy-free diet.

n. Purine Metabolism Disorder: Accumulation of certain purines in the brain is associated with an autism phenotype. Clinically these disorders can present symptoms such as developmental delays, seizures, agitation, poor eye contact, and repetitive behaviors. One disorder of purine metabolism can result in impaired immune function from a build-up of toxic lymphocytes. No effective treatment is known to address these purine disorders. More research is needed to determine the neuroimmune abnormalities associated with autism.

o. Cortisol: It has been estimated that between 11 -84% of children with ASD experience anxiety that impairs everyday function and 42 -55% have a comorbid anxiety disorder. Studies show that individuals with ASD have normal patterns of higher to lower cortisol levels from morning until evening. Cortisol levels, however, when compared to control groups are significantly higher overall. Cortisol, a stress hormone is particularly higher in lower functioning ASD and lower in higher function ASD. In a study that looked at biologic reactivity, a rapid and prolonged level of cortisol response in reaction to a stressor such as a blood draw, showed clinical significance. This indicates that the biologic conditions produced by stress hormones could be associated with the behavioral response. Many individuals with ASD have difficulty sleeping and high cortisol levels could be blamed. Some research suggests supplementing with phosphatidylserine may be beneficial in reducing cortisol levels and improving sleep.

p. Amino Acids: Amino acids are considered to be the building blocks of life responsible for making neurotransmitters, hormones, enzymes, antibodies, immunoglobulins, glutathione, and more. Research shows children with autism, as compared to an age and gender matched control group, had significantly lower levels of several amino acids. Low levels can be treated with supplementation of amino acids, vitamins, and minerals.

I am so thankful for this post. I received my son’s daignoses on his 2 year wellness visit. it was something I prepared for since I have a typical older child and knew things were different. I have been in an on going battle for two years trying to make sure that we cover all the biological factors of his body and finding help is so difficult! We had blood work done on him and came back with a slew of deficiencies and high lead. We lived in atalnata, but since moved to mobile alabama and even the autisim soceity tells me they only treatment they provide is therapies. He is recieving therapies, but Im on the hunt for makign sure his BODY FUNCTIONS are working as well as they can. I feel like im crazy by how the doctors and therpy services quiet down when I explain what I’m looking for. All of a sudden they start talking to me slowly and in a pitch higher…. I’m saving this page and bringing it with me to my next doctor visit.

TTFD form of Vitamin B1, Thiamine can remove lead. See Dr Derrick Lonsdale’s articles on hormonematters.com and also chelate heavy metals. Wish we had forgone “wasted years” with specialists and started here earlier, but better now than not at all.

In case you still look at this post. My son’s autism has improved greatly with the autism recovery diet called GAPS. But it is a lot of work. I’ve seen a 60% improvement. Now working on heavy metal removal, parasites, etc

My 1.5 years daughter having some red flags. She responds around 40% times to her name, not speaking yet. What supplements can help her.

Get her on L. Reuteri, cod liver oil and sulforaphane as well as Vitamin D3 spray. Speak with a ND specialized in the prevention of ASD

my son is 10 year non verbal autistic, he bites his both wrist frequently due to self stimulatory response in brain. what supplement will help?

You need NAC for the compulsion as well as D3 and Zinc to balance his neurotransmitters.