www.focusforhealth.org/autism-symptoms/
Autism Children's Health Maternal Health Health & Wellness Health Disparity Environmental Risks
The cause of autism, though still a mystery, is believed to be a combination of genetic and environmental factors. Autism is thought to develop sometime during pregnancy and the first three years of life (early-onset autism) or, as in regressive or late-onset autism, some children appear to have developed normally until 12-24 months before losing skills. 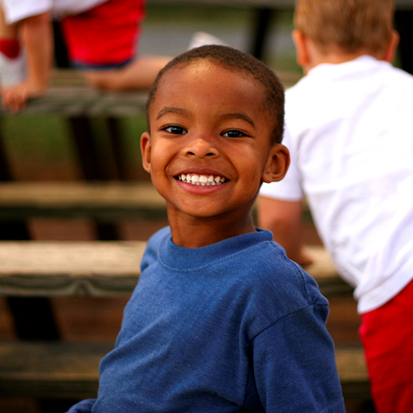 It is critical that attention is given to early markers that could potentially identify those children who are at high-risk for developing autism. These markers can be both developmental and medical in nature. Early markers could help identify the “vulnerable child” and could allow parents and physicians to limit further environmental exposures while also tracking development. In children with Autism Spectrum Disorder (ASD), these early signs often present in clusters but can be very difficult to recognize. Symptoms can easily be misunderstood and therefore may be overlooked by parents and underreported to physicians. Additionally, since some of the symptoms can be episodic, a physician is unlikely to observe them in a well-baby visit, thereby decreasing the chance of further evaluation. Although many of these “red flags” can be seen in the neurotypical (typically developing) child, it is the timing and combination of these symptoms that can be cause for concern. Essentially, this is the very reason why making an early diagnosis is so very difficult to do. Parents should be aware of the most common developmental signs and medical comorbidities so they can describe behaviors and symptoms to pediatricians and medical specialists. Always consult your pediatrician and ask for referrals to specialists such as neurologists, allergy/immunologists, gastroenterologists, speech and language pathologists, occupational and physical therapists. Early intervention is imperative for a positive prognosis.

So what are these early signs and symptoms and what should you do if you suspect your child may be exhibiting them?

Thank you for publishing this article. If I’d had information like this when my son was a child, it might have helped me get past all the parent blaming and the counselor who told me, after all the background I’d given him in writing of my son’s early sensory and behavior issues, and with my son draping himself upside down in the chair next to me that he didn’t think anything was wrong.

Had I known then what I know now, I might have had the courage to stand up to them all and continue to pursue getting him the help he needed back then. Now, as an adult, he has quite a lot of social anxiety and suffers from depression on a regular basis. His self esteem is very low.

the news people just don’t ask the right questions and doctors don’t know a thing about it but answer like they know.. the problem is not the vaccine but the preservative which is
mercury.. which is one of the most toxic metals that can be introduced to the human body
the amount of mercury along with aluminum multiplies the toxicity 10,000 times.. the rate of autism and other mental disorders has increase 40,000 percent from fifty years ago..as mercury and aluminum have become the standard ..out of millions of possible preservatives they are using the most toxic..why..big pharma is feeding on the suffering of humanity crime .for money’s sake and doctors are defending it ..knowing fully well of the toxic effects of these vaccines..they are also using mercury in flu vaccines which produce mental problems for the elderly ..what other monstrous acts are they not up to??? TERRIBLE FOR MOTHERS WHO HAVE TO TAKE CARE OF CHILDREN WHO HAVE REACTED BADLY TO MERCURY .. THE GOVT IS NOT PROTECTING US

We keep saying that the cause(s) and cures for autism are a mystery but I think we are getting closer to uncovering and validating some important information. Studies in the USA, Italy and The Netherlands are focusing on non-IgE food sensitivities beyond a simplified approach that only looks at gluten and casein. Smaller studies show promise. My hope is that a larger study will include family history of allergies and sensitivities to spot some susceptibilities that can be triggered by foods and other materials children come in contact with. Fortunately we had a great explanation of this by Dr. Marshall Mandell 35+years ago so a relatively easy food diary followed by a strict elimination diet of repetitively eaten foods made a huge difference with 2 children from allergic families in a blind test.

My granddaughter is 14 months old. She is never still. Her concentration span is very short (can’t be still long enough to rrad her a short book). She had repetitive arm movements that go up behind her head and come down with a touch to her ears. Her tantrums include screaming, falling down, kicking, and trying to butt her head on anything she can reach including the floor. I think her speech is somewhat delayed. Otherwise, she is the picture of health. Can you advise?

My grandson is 3 years 8 months old and lives in France. He does not speak, has trouble sleeping, does not eat any food, only liquids added to his bottle of milk/formula. His throat shows no abnormalities and he has been diagnosed with slight autism. There is not much help in the medical community and speech therapists are few and those don’t seem to know what they are doing. He has learned some signs with his hands, but I don’t see any improvement; however, I only see him active when we skype once a month. His father, my American son, has to work. It’s sad, because my grandson adores his daddy and visa-versa. His French mother has many phobias and did not want her son to go out into the world because people would touch him and she was afraid of him getting sick…to the point of never allowing him to play with other toddlers or kids, except for a few times when her mother (other grandma) would arrange it. I fear my grandson’s growth, both physically and emotionally has been stunted, plus she talks to my grandson with the most “high-pitched” voice you have ever heard! I have asked if they could bring little Alex to the U.S., where there are multiple doctors, therapists, etc. who could help him. The mother does not like the U.S. and does not want to live here, even if there is more help for her son. My son has tried to get her to change her mind with no result. What can we do? I believe the mother has covered up her mental illnesses from my son and our family and may not be competent as a mother, let alone a mother whose child has autism! Any advise would sure be appreciated! Please help!

Beverly, my heart goes out to your grandson. I am just sick with denial that a mother couldn’t want what’s best for her child even if it means making personal sacrifices. I’m not sure how to help you other than offer my support for your legitimate concerens. Are there no doctors over that have expressed great concerns about your grandson’s health and stunted development? Your son may have to be the one to peruse the matter of having his wife psychology evaluated. I understand he’s most likely torn between a number of concerns for his family as a whole, however, as desperate as he may be to keep his family together, I can’t help but wonder if he’s possibly in denial about his wife’s mental health, and or frightened of the probable outcome of seeking help for her. As a mother and a grandmother myself, I can only urge you to be consistent with making sure your son takes whatever means necessary to protect his on child. A painful self admission I know, but the outcome if left up to the child’s mother, could only prove to be an even more painful for everyone. My prayers are with you and your family Beverly ♡♡

Thank you for the article. My daughter & I believe one of her 15 month old twin girls is exhibiting signs of Autism. We recently (in the past 2 months) noticed that she is so much farther behind her twin in development & speech. She was saying a few words, now nothing but a repetitive “eh eh” noise she makes all day, no eye contact, non muscular limbs, & very fussy. She also has sensory issues with food & her surroundings, & not really walking yet. Her twin sister has none of these symptoms & is so far past her developmentally. It’s been discussed with the pediatrician on several occasions & just dismissed until her last visit a few weeks ago. We understand that it’s very important to diagnose as early as possible & get treatment. My question is…Who do we turn to first to get a diagnosis & learn how to best help her? Any recommendations for the Washington D.C. metropolitan area? We were given 2 recommendations & one has a 1 year wait for an initial appointment & the other 6 months waiting period. Is there anywhere you could recommend that we could get her in at a reasonable amount of time, & that specializes in the Autism spectrum? We are overwhelmed with worry & want to know how to start helping her as soon as possible! Thank you for any information & guidance you can provide.

My husband is 45yrs old has a son whom is 16 that has autism would he be pron to have Autism as well do you think since his son has it and not the mother?
sincerely a concerned wife!!

I encourage you all as parents to read the Grain Brain and the Brain Maker by Dr Perlmutter. 2 books that I have read.
There is a wealth of knowledge included in his words and also in his kindness .
I appreciate the manner in which he shares greater insights into the world of Neuroscience and a broader perspective of how the body works together, we who watch over our children do not endeavor to question the wisdom of those we trust for support, they too may not understand.

still feel Autism has little to do with autism and more to do with environmental causes, the air quality in metropolitan cities and the meats mother eats during pregnancy. This is my view after working 18 years with children with autism.

I meant, little to do with hereditary… sorry