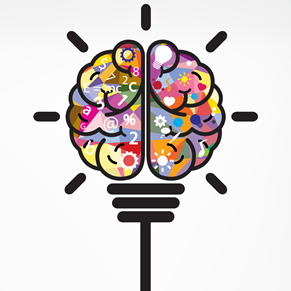 Although there is a range of normal for all milestones, certain early skills should be monitored closely as they are frequently linked to autism when they are delayed. These earlier signs may present themselves before more commonly recognized milestones such as development of first words. The following skills should be monitored in the developing child, especially the at-risk or vulnerable child.

Parents’ concerns about autism are often exacerbated when a child does not develop first words between 12-18 months. A closer look at early language development may reveal symptoms in early infancy. Language is reciprocal in nature and occurs initially through cooing and babbling. Developmentally, babies should take turns with a parent with mutual eye contact around 6 months of age, with and without smiling. This is the beginning of social language development which is typically impaired in the child with ASD. If you have concerns about your child’s speech/language development, eye contact or joint attention, please tell your pediatrician and be prepared to describe the behaviors you see. Provide video if possible. An evaluation by a pediatric speech and language pathologist can determine age levels and eligibility for therapy.

Commonly, parents report concerns with their child’s eye contact when the child does not look when their name is called. However, there are more telling signs in early infancy that can be reasons for concern. Joint attention is considered to be shared attention using gestures and gaze, on an object/person/thing between two people. It involves maintaining and shifting attention and most importantly, it demonstrates intention. Communicative intent is typically impaired in the ASD population. Joint attention strongly correlates with language development. In typical development, joint attention begins to develop as early as 3 months of age and continues developing in sophistication through 18 months. Joint attention is imperative for the development of social skills and language development, the two areas of development most commonly disordered in the ASD population. Studies have shown that a lack of joint attention in infancy is linked to autism. If you have concerns about your child’s speech/language development, eye contact or joint attention, please tell your pediatrician and be prepared to describe the behaviors you see. Provide video if possible. An evaluation by a pediatric speech and language pathologist can determine age levels and eligibility for therapy.

Sensory processing refers to one’s ability to screen out essential vs. non-essential information in our environment including visual, auditory and tactile input. Without the ability to screen pertinent information, an individual will appear distracted or hyperactive and unable to modulate their arousal systems. Individuals who have difficulty registering sensory input may find certain textures, sights and sounds to be aversive. It is frequently reported that children with ASD find clothing, specifically sleeves, to be aversive. Other tactile signs are reluctance or refusal to touch a variety of textures. Sand and grass are typically irritating as well as loud noise or bright or fluorescent lights. Many children with sensory processing issues will over-stuff food in their mouth in order to be able to feel it and process it. Their food choices are frequently “tan” colored foods of similar texture such as chicken nuggets, French fries and pizza. An occupational therapist that is specifically trained in sensory integration dysfunction should be consulted for an evaluation if you have sensory processing concerns.

Self-regulation is the brain’s ability to adjust levels of alertness for attention, wake/sleep cycles, eating patterns, and even emotions. Infants cry as a form of communication to indicate feelings of hunger, sleepiness, discomfort and pain. Frequent crying without obvious reason is commonly referred to as colic. Colic does not identify a cause for the irritability and infants can appear inconsolable. If causes for the irritability are not identified and treated with success, difficulty self-soothing, which is a regulatory problem, is likely. Children with ASD commonly exhibit emotional irritability and may have trouble calming themselves without help from others. Parents frequently report their child with ASD had an inability to self-soothe as an infant and required bouncing (aka the “mommy dance”) or a car ride to fall asleep. These problems could be regulatory issues that should be brought to your pediatrician’s attention, especially when other developmental or medical markers are present. An occupational therapist can evaluate and treat problems with self-regulation.

Parents frequently report poor sleeping patterns in their child with ASD, even as an infant. Sleep disorders can be caused by regulatory issues which are related to arousal or circadian rhythm (wake/sleep cycles), gastroesophogeal reflux, and abnormal melatonin regulation. Reflux, with or without spitting up, is exacerbated when lying down and may cause pain that will disrupt sleep. If your infant cannot get into a consistent sleep routine, you should consult your pediatrician for help. Sleep patterns may be established using specific methods if there is no underlying medical issue. Otherwise, medical issues should be ruled out.

Children with autism often exhibit repetitive behaviors such as hand flapping, rocking, spinning, and tensing or posturing fingers with or without eye gaze. It is important to note that neuro-typical babies exhibit normal, ataxic like movements, which are reflexive in nature, until their nervous systems mature. Early repetitive behaviors may not appear to be of concern in isolation, however, if multiple behaviors are present, or when paired with other early warning signs, there may be reason for concern. These behaviors could be signs of sensory processing disorder frequently associated with autism. Concerns about repetitive behaviors should be addressed with your pediatrician. An occupational therapist trained in sensory processing disorders should be consulted for an evaluation to rule out other fine motor/sensory concerns.

Maladaptive behaviors can present as tantrums, aggression and sometimes self-injurious behaviors. Early signs are often reported as frequent tantrums, difficulty transitioning between settings, and meltdowns over simple things. In some cases, there can be an underlying, undiagnosed medical condition that can exacerbate behaviors. Medical issues should always be ruled out prior to behavioral intervention. Then, a behavior therapist can help identify functions of behaviors to assist parents with developing routines and behavior plans that can help extinguish maladaptive behaviors.

According to the Autism Society, 30% of children with ASD have hypotonia (low tone) or “floppiness” in the muscles. Some describe the body as feeling floppy like a “wet noodle” due to extreme flexibility. Low muscle tone can affect strength, balance, and can be seen in both large and small muscle groups. Low tone therefore affects motor planning, speech, feeding and fine motor skills such as writing. A combination of sensory processing issues and low tone can be the cause of clumsiness such as frequent trips and falls. Often children with ASD can be seen stepping on toys rather than negotiating around them with little sense of awareness. Low tone also affects the oral motor muscles in the mouth and can be evidenced by excessive drooling and an open mouth posture as opposed to closed lips at rest. Often, babies with low tone have difficulty forming a seal around nipples when drinking from bottles, or may have trouble breast-feeding. Suck-swallow-breathe patterns can also be affected during feedings. Low tone can also cause picky food preferences and speech/articulation disorders. A physical or occupational therapist can asses muscle tone and develop treatment plans to address strength, balance and coordination. Low-tone that affects speech and feeding should be evaluated by a pediatric speech and language pathologist.

I’m wondering if the lack of Iodine would be one of the causes of autism.