ADHD on the Rise 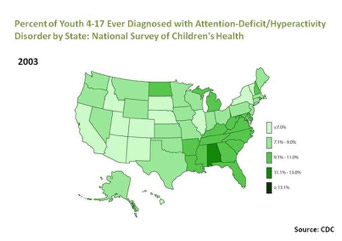 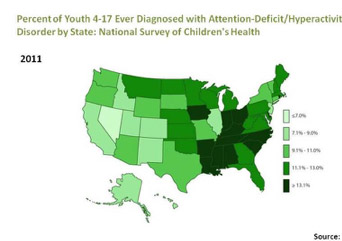 Although there is no question surrounding the increase in diagnosis, there are many who question whether or not this represents an actual rise in the disorder. Some speculate that criteria for diagnosis has expanded, or that doctors are now more aware, therefore more frequently diagnose.

It is probable that these factors have contributed in some part to the growth in diagnosis, however, the dramatic escalation over the past decade is hard to ignore. More and more of our children show signs of neurodevelopmental disability, and many who have ADHD also suffer with comorbid conditions such as bipolar disorder, generalized anxiety, social anxiety, sleep disturbances, depression, and panic disorder. The challenges these children face are difficult to categorize as simply behavioral or developmental and should not be so easily dismissed. Determining potential causes for the increase in prevalence is the only way to help curb the rising trend.

ADHD was first described by a pediatrician in 1902, then in 1923, it was linked with brain damage following brain inflammation.
Throughout the years, other suspected causes of ADHD have ranged from bad parenting to too much sugar in the diet as the reason for behavior disturbances that result in ADHD symptoms. Recent research, however, is leading scientists to investigate the interaction between inherited genes and environmental exposures as the source of brain dysregulation. Many scientists and physicians now accept the premise that ADHD is due, at least in part, to physical damage of the brain due to outside influences and their interaction with vulnerable genes.

It’s hard to ignore the genetic influence – if a parent has been diagnosed, each child has around a 50% chance of developing ADHD as well. Unfortunately, despite 1800 studies on the subject, scientists have been unable to nail down any specific gene responsible.

Twin and adoption studies support the genetic connection, however, it is possible that the predisposition is related to more than just the genetic code. It is becoming clearer that the inherited vulnerability could be related to the body’s ability to handle environmental toxins.

ADHD is more common in extremely low birth weight and premature babies. This could be indicative of an innate susceptibility to negative influences in the environment. These influences can include maternal stress during pregnancy, infection, over-exposure to pharmaceutical products, or toxic exposures. When a child is more affected by these environmental stressors in utero, it is more likely that the pattern of vulnerability will continue during their early development, and lead to neurodevelopmental disabilities like ADHD.

The environment’s role in ADHD 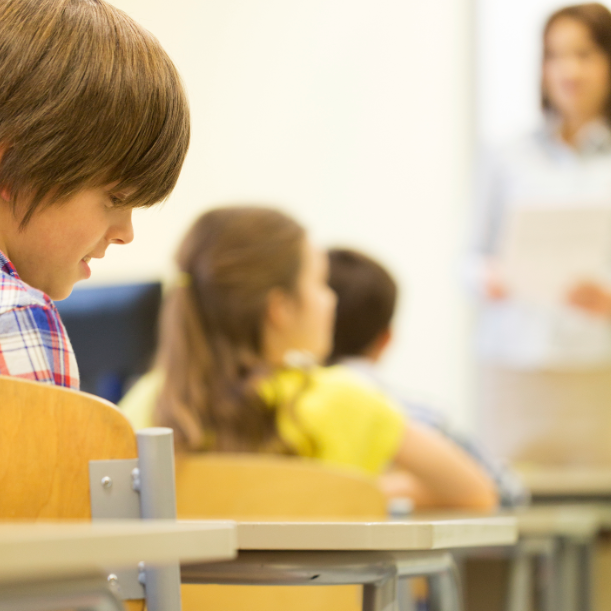 In 2014, The Lancet published an article which studied the effects of toxins on neurodevelopmental delays. They listed fluoride, along with lead, arsenic, and mercury, as substances that could be harmful. A 2015 study published in Environmental Health found that states with higher levels of artificially fluoridated water also had a higher prevalence of ADHD. Fluoride, though deliberately added to public water supplies to prevent cavities, has also been mentioned as a possible negative environmental influence affecting normal brain development.

The neurotoxins lead and mercury have been strongly linked to ADHD. Excessive exposure to these substances is well-known for causing severe intellectual disabilities, but smaller amounts, delivered at critical times in development, could also produce negative effects. While overt signs of brain damage might be absent, more subtle damage may occur. Research shows that even minute amounts can be associated with dysfunction of memory, attention, and learning, as well as aggressive behaviors.

Another current theory attributes the increase in ADHD to the increasing exposure to electromagnetic fields (EMF) from cell phone use. A 2013 study showed a potential relationship between small children who played with parents’ cell phones and traits associated with ADHD, however, more research is required before this link can be confirmed.

No one cause of ADHD has been identified, and it is likely that no one contributing factor ever will be. As with many chronic issues like heart disease, diabetes, and some cancers, being at risk because of family history or genetic predisposition does not mean a child will develop ADHD. By limiting environmental risks, the vulnerable person can take steps to avoid ever developing the condition.

Many parents of children diagnosed with ADHD are struggling with decisions regarding treatment options. The greatest debate surrounds pharmaceutical intervention versus behavioral therapy.

The recent trends have shown that more parents are turning to medication as an intervention. The number on children medicated for ADHD increased 7% a year between 2007 and 2011.Last year, the CDC shared data revealing that as many as 10,000 American toddlers (age 2 to 3 years old) were being medicated for ADHD.

It is no surprise that makers of medications to treat ADHD heavily promote their products to psychiatrists, but surprisingly the majority of medications for this diagnosis come from family doctors or pediatricians. Because time with doctors is very limited, it is difficult for primary care physicians to effectively diagnose or treat ADHD. Most physicians rely on parental accounts or self-reported symptoms, because diagnosis and treatment need to fit into a tightly scheduled appointment. In many cases, medication is the easier answer.

While medication may be necessary in some cases, there are alternative methods that can be effective.

The following alternatives can be attempted in order to limit the amount of medications needed, as some medications can have unwanted side effects:

Prevention is the key

Without a known cause, it is difficult to define conclusive interventions for prevention of ADHD, but there are always some things a parent can do to lower individual risks.

If you’re concerned about having a child with a neurodevelopmental disability, educate yourself on ways to mitigate harmful environmental influences that could potentially result in neurological harm to your child, and learn about ways to boost both your and your child’s immune systems with exercise, nutrition and less stress.